This vox by mike on behalf of americans is endorsed by 0 of them and denied by 0. 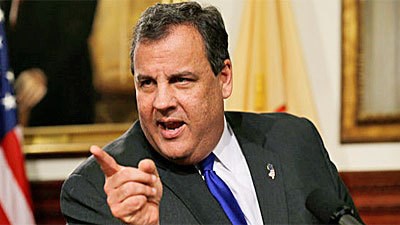 Gov Christie's seflishness shocks and angers us! It's unbelievable that he would resort to retaliatory behavior that is so childish, unprofessional, and disrespectful (to say the least!) to the public. And we think anyone who thinks this hyper-controlling figure was not privy to the actions of his staff is fooling themselves. Along with the NSA and the recent federal shutdown, this is yet another sign of a political class that believes it's above public service, and that is consumed with promoting and protecting itself above all else. http://www.nytimes.com/2014/01/09/nyregion/chri...

Top Christie Staff Sought to Disrupt Traffic as Revenge Gov. Chris Christie, in response to the release on Wednesday of emails showing that his office was involved with lane closings on the George Washington Bridge, said in a statement that he had no prior knowledge of the events.
Bloc Replies▶ • Member Comments • Respondents • Share Share • Flag
Discussion among the americans.
No comments have been added yet.
Every voice counts. About Blog Terms & Privacy © 2023 Blocvox LLC