This vox by mike on behalf of new-yorkers is endorsed by 2 of them and denied by 0. 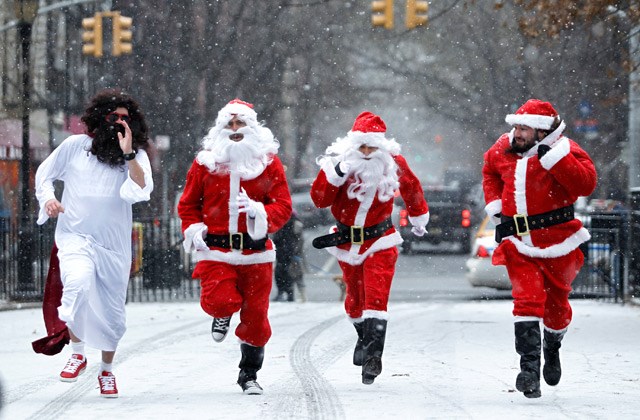 Miracle on Ludlow Street! The LES was removed from SantaCon's official bar crawl route! Hallelujah! Let the vomit and urine floweth in the streets of other neighborhoods! Thankful NBC-NY for airing our complaints. But other hoods have reason to rejoice too. This miraculous snowfall seems to be keeping the sloppy Santas indoors. God really is merciful!

AntiCon: Lower East Side Nixed from Official SantaCon Bar Crawl Route Due in large part to the efforts of the LES Dwellers, the Lower East Side is now officially removed from the SantaCon route. Of course, this doesn't mean there won't be tons of masqueraded clowns pissing and hurling in the streets, but it's a victory nevertheless. Interesting to note, however, the Dwellers paired up with…
Bloc Replies▶ • Member Comments • Respondents • Share Share • Flag
Discussion among the new-yorkers.
No comments have been added yet.
Every voice counts. About Blog Terms & Privacy © 2021 Blocvox LLC