This vox by tom-jjbt on behalf of national-monument-supporters is endorsed by 1 of them and denied by 0. 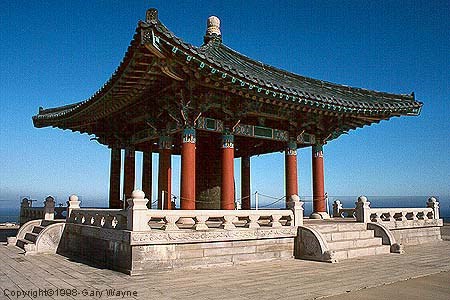 Korean Friendship Bell Restored We salute Ernest Lee and  the Korean Friendship Bell Preservation Committee for their their volunteer work resulting in the restoration of the Korean Friendship Bell in Angels Gate Park, San Pedro, California. The 17-ton bell was cast in South Korea in the early 1970’s, at a cost of more than $1 million, and was presented to the United States as a gift for our bicentennial. Since then the bell has fallen into disrepair and the city of Los Angeles had neither the money nor the skill to repair the bell. Several years ago the Korean Friendship Bell Preservation Committee was formed and took it upon themselves to find the funds and talent to restore the bell. When local metallurgy experts said restoration of the bell was outside their expertise they eventually identified and contacted Beom Jong Sa, the manufacturer of the bell. The Korean Ministry of Culture, Sports and Tourism supported the project and paid more than $300,000 to hire the required experts including master metallurgist Chai Dong-Hey, whose mentor created the bell. We hope the city of Los Angeles will find the will and means to maintain the restored treasure that some Koreans consider the West Coast Statue of Liberty. And we hope that visitors to Southern California will include the bell in their itinerary.

Craftsmen use traditional skills to restore Korean Friendship Bell A gift from South Korea for the U.S. Bicentennial, the huge Korean Friendship Bell had accumulated rust and was tagged with graffiti. But L.A. had neither the money nor skill to repair it.
Bloc Replies▶ • Member Comments (1) • Respondents • Share Share • Flag
Discussion among the national-monument-supporters.
Every voice counts. About Blog Terms & Privacy © 2021 Blocvox LLC