This vox by tom-jjbt on behalf of los-angelenos is endorsed by 2 of them and denied by 0. 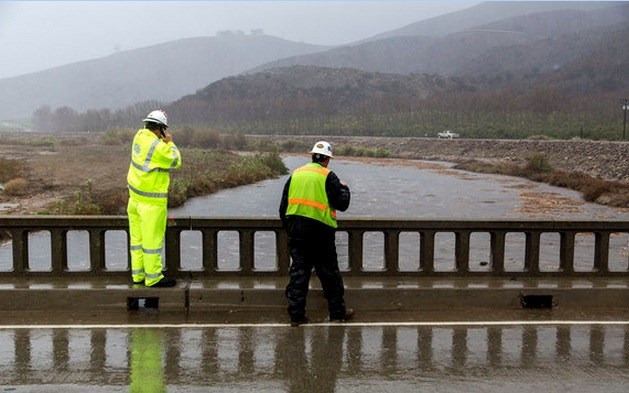 We are heartened by the rain. And it is not the typical light sprinkles that puts the local networks on “Storm Watch.” It’s a bonafide winter storm from the Pacific. On Friday it dropped 2 1/4 inches on downtown Los Angeles and more in the foothills. The storm generated warnings of flash floods and mudslides and created 12 foot waves at some beaches. Last night some San Gabriel Valley residents were awakened by two reverse 911 calls; the first warning of a tornado (“…take shelter now…”) and the second warning of flash floods. Despite our elation over the rain experts say it will do little to relieve the drought. Nevertheless it’s better than nothing. And we love it.

Major storm brings needed rain to L.A., but at a cost A potent storm gave Southern California a more thorough soaking on Friday than it has seen in more than three years, bringing both cheers in a drought-stricken state and anxiety as it sent mud billowing through hillside neighborhoods and clogged roads.
Bloc Replies▶ • Member Comments (1) • Respondents • Share Share • Flag
Discussion among the los-angelenos.
Every voice counts. About Blog Terms & Privacy © 2018 Blocvox LLC