This vox by mike on behalf of americans-for-liberty is endorsed by 0 of them and denied by 0. 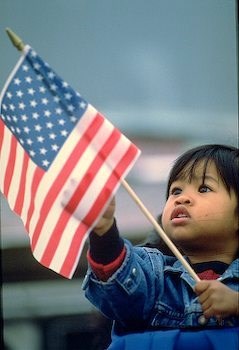 The War on Terror encompasses a war of attrition on civil liberty. Two recent TSA stories show this. In the first, a person is held for 6+ hours by the TSA, guilty of having bed-bug spray on him, practicing an unfamiliar religion (Hindu) and being of color. <http://orenhazi.com/defeated.html> In the second, an individual legally opt-out of the (arguably invasive) submillimeter body scan, only to stand waiting for a pat-down indefinitely. After 30 minutes, America one; the man subjected to submillimeter scan. <http://orenhazi.com/defeated.html> These stories should never have occurred, but they're mundane enough for us to simply accept them, maybe as necessary evils. To do so is to be desensitized to an inversion of power wherein the government does not serve its people, but the people serve their government. It's up to every individual to hold steadfast to a vision of a better possible world, despite the plethora of pernicious actions and policies encouraging us to let go.